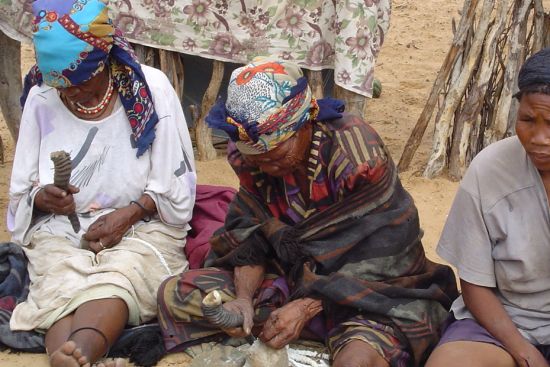 During the 70's and 80's a former GRNSA recordist John Dekker made a big effort to record the message of the Bible into rather a few Khoe and San languages of Botswana and Namibia.

You can read about the languages that are included in this project by using the links in the 'Find out more' panel to the right of his article.

This project is estimated to cost about $4,500 if the evaluation and research can be completed within a period of 3 months.

We're currently preparing MP3 files in the languages listed below to load on MP3 players, cellphones and memory cards - for field testing.

Since the initial work that was done in the 70's and 80's, the Khoe and San peoples have been largely neglected in terms of distribution and new recordings, because of their remoteness.

Now we have two partners willing to help us to see how we can serve these tailender groups better.

Want to do more?

If the Lord leads you to contribute towards this project, you may make a donation here, designating your gift 'Khoe and San Language Project'.

Download as a PDF for printing and sharing. (82 Kb) This includes a list of languages to be evaluated.